Central Coast Basketball players begin their representative pathway as Rebels. Rebels athletes use the discomfort of learning and growing to craft a path to rise and achieve greatness. They use their individuality to band together to form a strong cohesive team who strive get the job done. Working as one unit alongside our talented coaches and leaders they create a vision that all athletes get behind. They are open to new ways of learning, and they are on the rise in their basketball careers.

Once graduating from Rebels athletes wishing to take their basketball career to the next level have the opportunity to become a Crusader. Crusaders are relentless in their campaign to win and achieve greatness. As athletes they are ready to take the next step in both their individual growth and their ability to work in a team environment. They lean in to each other to become a stronger and more powerful force. Crusaders understand that to win the ultimate battle they must bring their best to every practice, and every game. They believe in themselves and each other and invest physically and mentally into the program to give them the best opportunity to achieve the ultimate goal.

Our Central Coast Rebels consists of players across 4 different age groups (Under 12’s, Under 14’s, Under 16’s and Under 18’s) who compete in the Basketball NSW North Eastern Junior League and NSW Junior Premier League. Rebels host home games and also travel all over the state to compete against other representative teams.

Learn more about our:

Central Coast Basketball are committed to streamlining our communication throughout the season and as such use the Rebels Team App.

The app will be the primary communication channel for all Rebels events, news, information, updates and team correspondence. It will be essential for all coaches, managers, players and parents to use the app.

We encourage all teams to utilise the chat function within the app to ensure that all details relating to the Rebels season is located in one application (without needing to know other players mobile numbers, email addresses or via social media accounts). 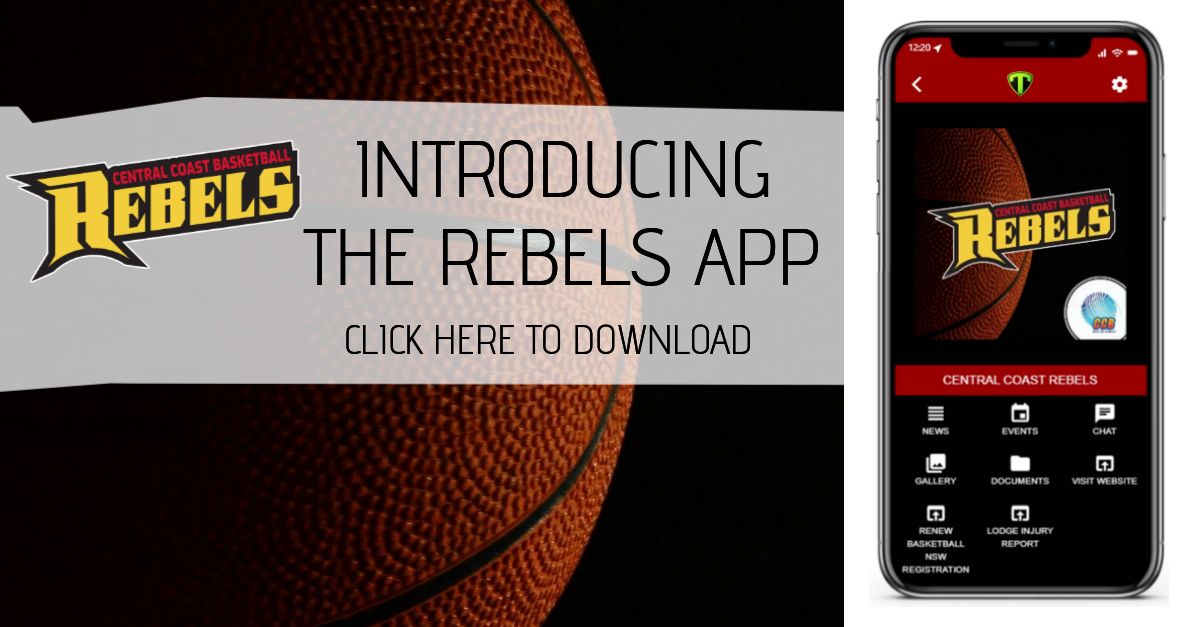 English
We use cookies to ensure that we give you the best experience on our website. We use essential cookies to enable certain features. Third parties set cookies for both essential and non-essential purposes including analytics (e.g., Google Analytics) and advertising. If you continue to use this site we will assume that you are happy with it.Ok